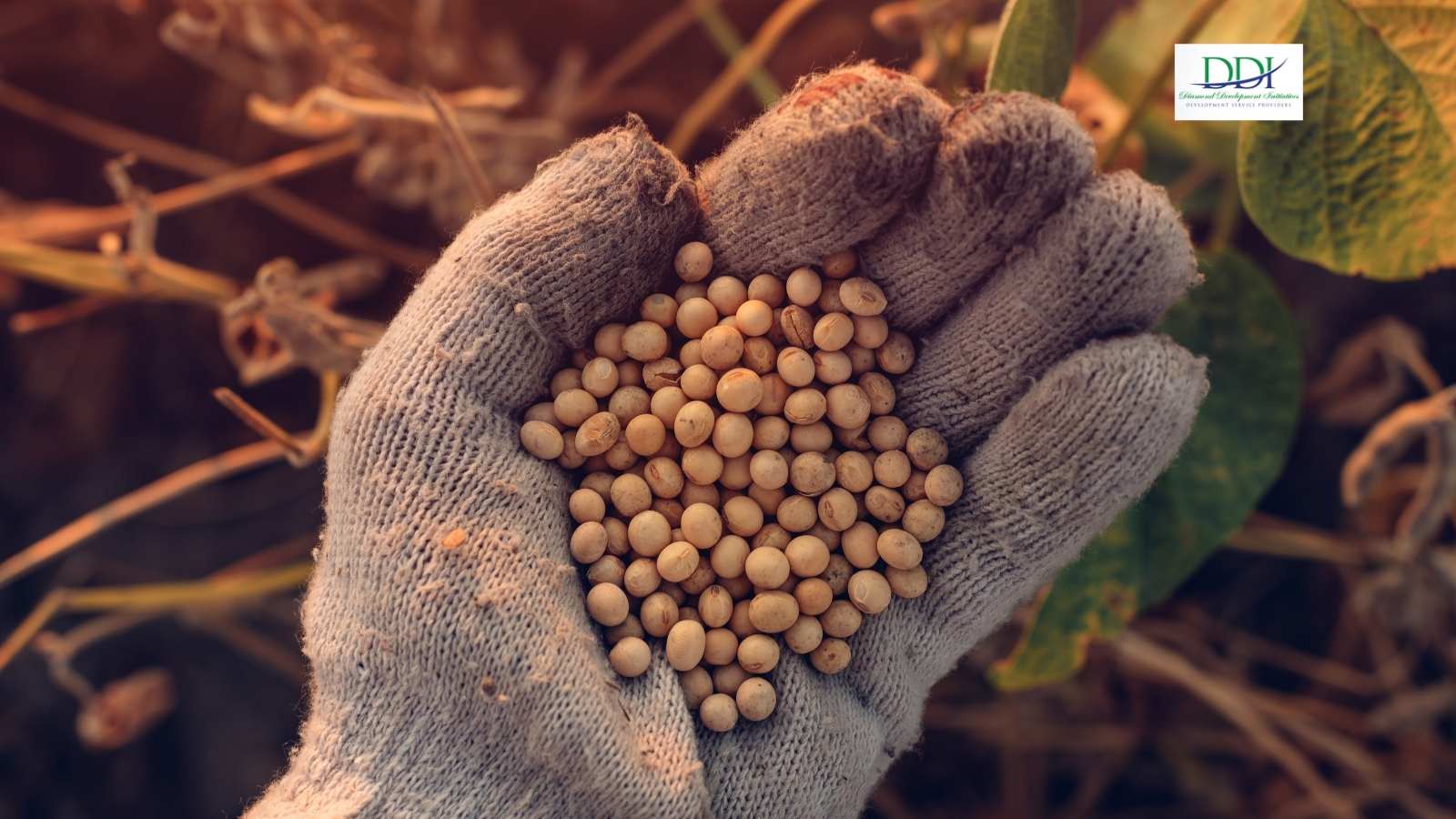 2. “I am a soybean farmer. The yield from my farm had not been encouraging for the past 4 years. I was gradually getting frustrated. In 2019, DDI, as the implementing partner to the STaR project, came to our rescue. First, I never knew that using N: P: K fertilizer on soybean could reduce its yield. I inherited that practice from my parents. Thanks to DDI who introduced inoculant to us (instead of N: P: K fertilizer). At first, it appeared funny and incredible. DDI also brought an improved soybean variety and planted it with inoculant – using half the spacing we were used to – on a demonstration farm.

Surprisingly, we noticed a huge difference right from germination. At the end of the season, the yield was unimaginable. One striking quality of the improved seed was the fact that it doesn’t break open on its own on the field when it is dried. This alone saved us a lot of post-harvest losses. Of all the projects that I have been involved in, the STaR project is the best. This is not only because my soybean farm yield has more than doubled, and my income has increased, but also because I have learnt a new farming method that will continue to be useful to me for life. DDI has already linked us with the companies where we are going to be buying improved seeds and inoculant from. For me I will say it is a blessing working DDI.” – Yusuf Audu, Member, Habda Heba Fadama Users Group,

About the STaR Project

2020 in Review (2): How DDI-Facilitated STaR Project is Improving Our Livelihood by Changing the Way We farm