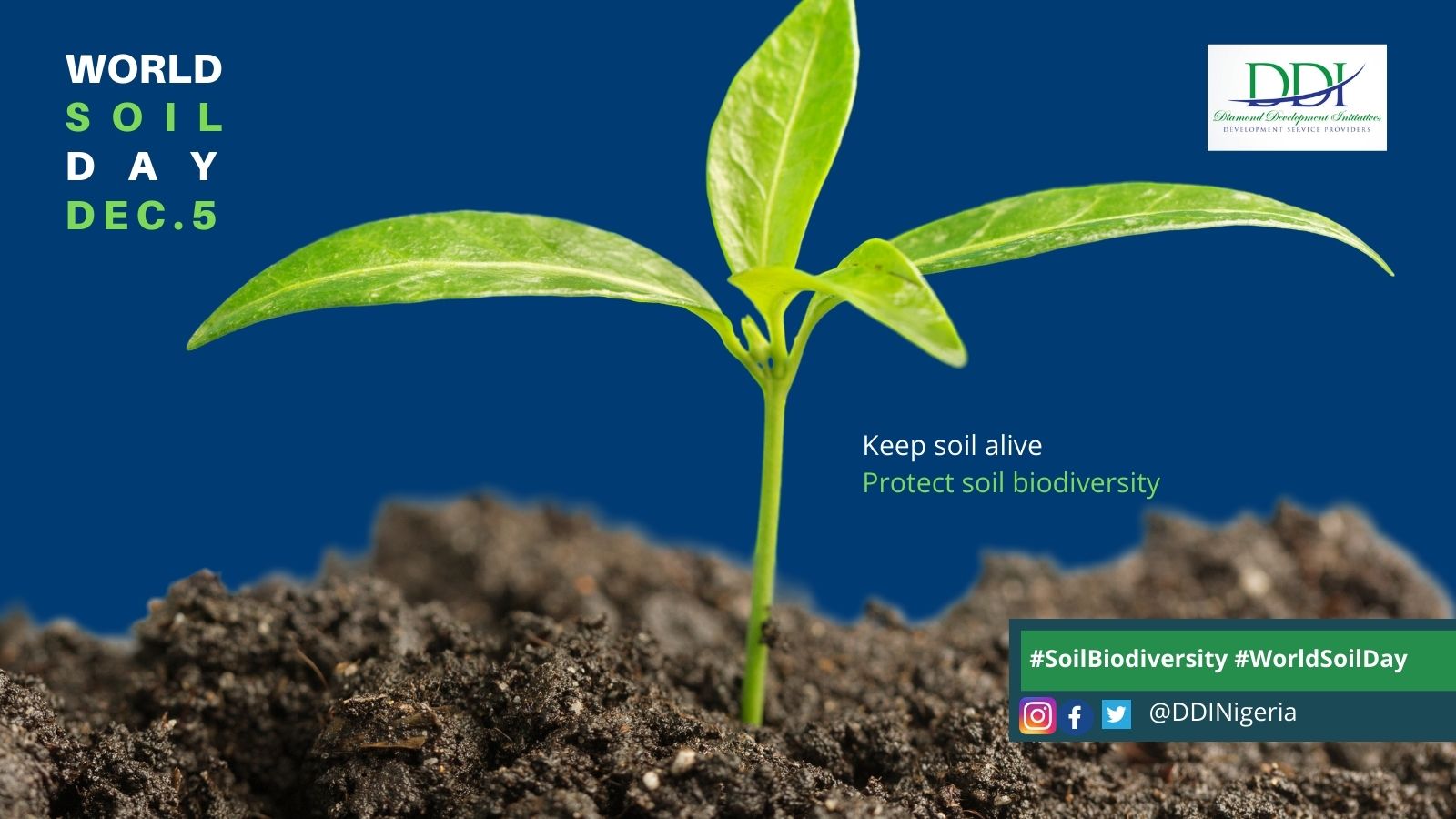 Annually, World Soil Day (WSD) is commemorated on December 5. The day serves as a platform to focus attention on the importance of healthy soil while advocating the sustainable management of soil resources for a food-secure future. The day highlights the importance of soil as a critical component of the natural system and as a vital contributor to human well-being. The theme for this year’s WSD is: Keep Soil Alive, Protect Soil Biodiversity. As the whole world commemorates the day, take a look at 15 soil-related key messages and fun facts from the Food and Agriculture Organization (FAO).

1.     There are more living creatures in a single teaspoon of healthy soil than there are people on Earth.

3.     Up to 90% of living organisms live or spent part of their lifecycle in soils, yet we know only 1% of this hidden universe.

6.     Soil biodiversity contributes to the remediation of soil pollution by breaking down contaminants.

7.     Soils are vast, vital pharmacies. Did you know that almost all of the antibiotics that we take to help us fight infections were made using soil micro-organisms?

8.     In just 3 inches of soil, there are 13 quadrillion living organisms, weighing 100 million tonnes.

9.     One hectare of soil contains the weight equivalent of two cows of bacteria.

10.  There are more organisms in one gram of healthy soils than there are people on Earth.

11.  An earthworm can digest its own weight in soil every 24 hours. 50% of the planet soil passes through the gut of earthworms each year.

12.  Soil organisms process 25,000 kg of organic matter in a surface area equivalent to a soccer field, which is the weight of 25 cars.

13.  Soil biodiversity is an essential component of soil health. Healthy soils produce more nutritious and safer food. 95% of our food comes from soils.

14.  Soil organisms are responsible for many critical ecosystem processes, on which humans depend: from supporting plant growth, to storing carbon and being a vast reservoir for pharmaceuticals.

2020 in Review (2): How DDI-Facilitated STaR Project is Improving Our Livelihood by Changing the Way We farm