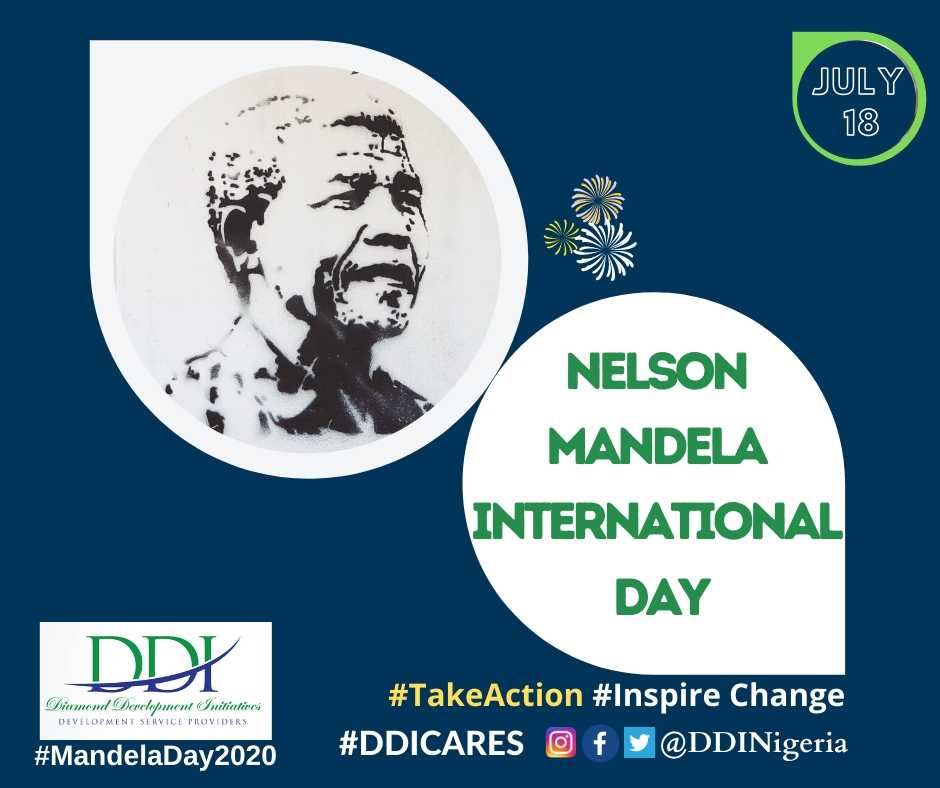 #MandelaDay2020 Nelson Mandela International Day is celebrated on 18 July every year. It is Mandela’s birthday (he was born on 18 July 1918). It is a day set aside to pay tribute to an extraordinary global advocate for equality, dignity, and solidarity. This year, the theme is: “Take Action, Inspire Change”, highlighting the importance of working together, from governments to citizens, to build a peaceful, sustainable, and equitable world. ---
In 2009, July 18 was declared as Nelson Mandela International Day by the United Nations General Assembly, via a General Assembly resolution (A/RES/64/13). This was “in recognition of the former South African President’s contribution to the culture of peace and freedom, and also recognizing his leading role in the liberation of Africa and the promotion of African unity, according to un.org.

"The resolution also recognized his values and dedication to the service of humanity, in the fields of conflict resolution, race relations, the promotion and protection of human rights, reconciliation, gender equality and the rights of children and other vulnerable groups, as well as the uplift of poor and underdeveloped communities. It acknowledged his contribution to the struggle for democracy internationally and the promotion of a culture of peace throughout the world." Source: www.un.org.

World Food Safety Day: How DDI is contributing to safe food today for a healthy tomorrow

Readjusting for The Good of All

With USADF’s Investment, WOFAN Farmers are Set for the Farming Season, COVID-19 Notwithstanding

Access to Water – A Dividend of USADF C.A.R.E.S Intervention for Kangire Community